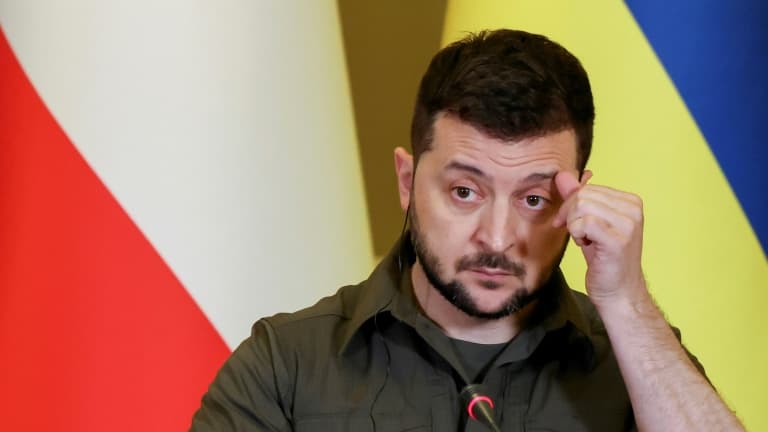 The President of Ukraine has promised that Russia’s nuclear weapons will increase in the future.

In an interview with several Ukrainian media outlets on Saturday, Ukrainian President Volodymyr Zhelensky called on the world community to “prepare” Russia for the use of its nuclear weapons.

“We must not wait for the moment when Russia decides to use its nuclear weapons. We must be prepared for that,” he said in an interview with six Ukrainian news outlets and the Ukrainian president’s telegram.

He said we need “drugs (against radiation), airstrikes shelters”. “You have to talk to them, sign contracts, be economically tough. (Russians) can use any weapon, I firmly believe it.”

To date there are no “concrete signs”

On Friday, Volodymyr Zelensky already ruled that the “world” should “worry” about the danger of Russian President Vladimir Putin’s pursuit of a tactical nuclear weapon in the corner by his military setbacks in Ukraine. “I think not only I, but the whole world and all nations should be concerned,” he told the American Channel. CNN.

He echoed reports of this effect from the head of US foreign intelligence, William Burns, who had earlier in the day assessed that such a threat “should not be taken lightly.” “We do not really see any significant signs of deployment or military action that could aggravate our concerns,” he said.

Following the start of the Russian invasion of Ukraine on February 24, the Kremlin briefly noted that it was keeping a close eye on its nuclear forces. The Kremlin spokesman Dmitry Peskov later told CNN without further details that Moscow would use nuclear weapons in Ukraine only if there was a “threat to existence” against Russia. According to the most respected bulletin of nuclear scientists, Russia is equipped with “1,588 deployed Russian nuclear weapons”, including 812 ground-based missiles, 576 submarines and 200 bombs.

See also  If Russia invades Ukraine, Joe Biden promises a response from the United States and its allies.