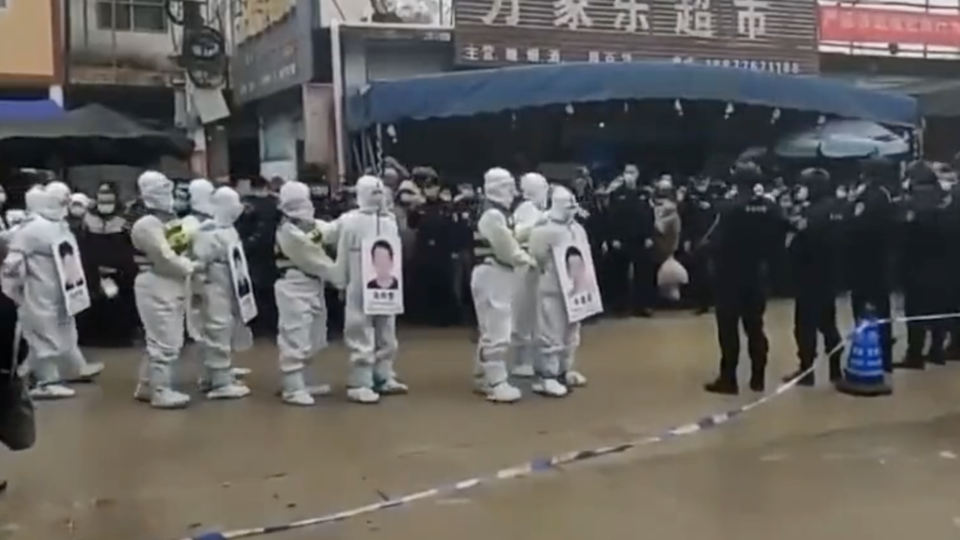 The authorities in China are uncomplicated and want to make it known. Four people accused of violating current anti-Govt rules have been forced to take part in a “shameful march” through the streets of Jinxi.

On Tuesday, all four marched through the streets, wearing handcuffs and white jumpsuits. Local media reported that each, accompanied by two policemen, was dressed in white and carried their name and photo ID card.

Despite the closure of the border, this “march of shame” was imposed on them for trying to smuggle immigrants into China. Govit-19. This kind of public humiliation, used by the communist regime in the past and banned in 2010, has been revived as one of the disciplinary measures used to punish those who do not respect the rules of health.

Some newspapers were pleased that the event acted as a “warning” to the public, while others, such as the Beijing News, condemned the “severe attack on the soul of the law.”

China has taken very drastic measures to eradicate the presence of Govt-19 infection in its soil. Isolations are mandatory when coming to the country (international flights are scarce), massive screenings are carried out and, if a case is detected, strict restrictions are applied. Currently on Xi’an13 million people have no right to leave their homes.