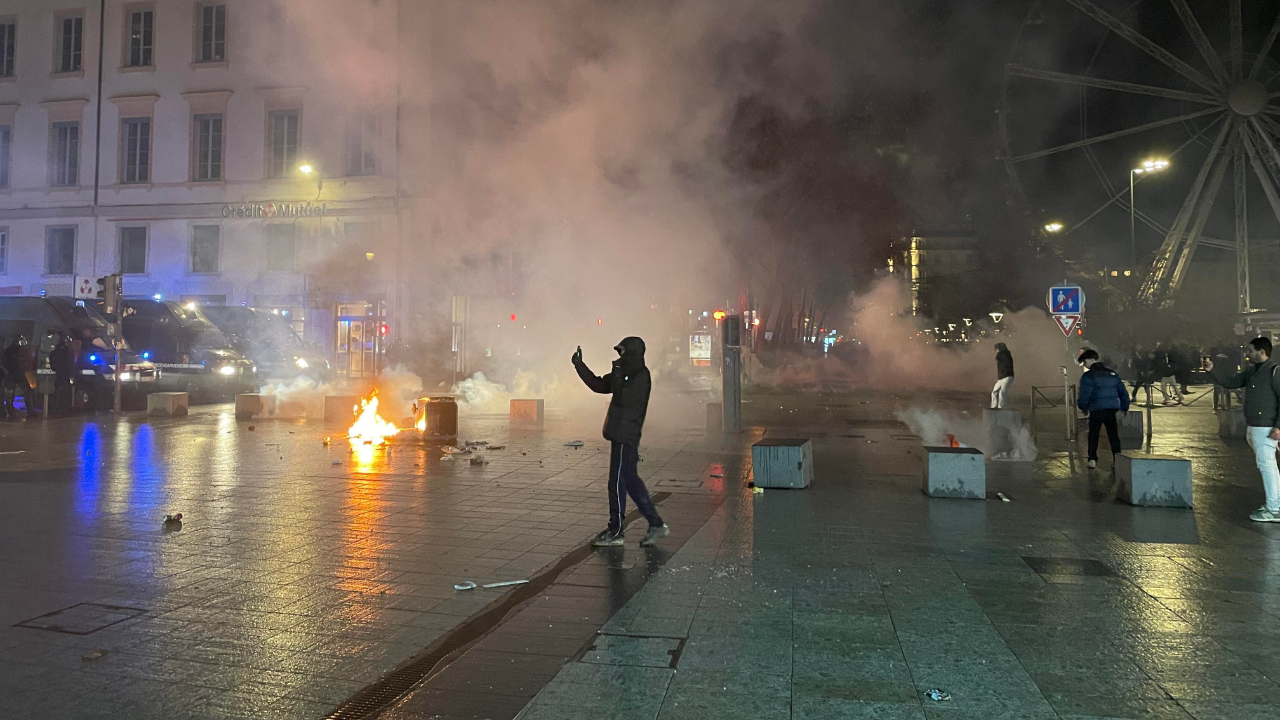 This Wednesday evening, a punitive expedition was organized in Lyon.

Following the French team’s World Cup semi-final win over Morocco, around sixty members of the far-right marched into the city centre.

At Place Pellicour, these masked men with French flags beat passers-by of North African descent. “Bleu Blanc Rouge, France to the French” could be heard chanting.

Police tried to disperse the crowd, and tear gas was fired at the Place des Jacobins.

Divided into groups, the signs then walked the streets of the Presqu’île, then the quays of the Saône, seeking confrontation. Police were then stationed on the sidewalk of the Palais de Justice. According to our information, two arrests were made in the ranks of the extreme right.

But after 11pm the overflow was again deported to Place Belgore, this time youths who had come to do battle with the CRS. Garbage bins were set on fire, mortar fire and projectiles were hurled. Two more arrests were made, according to the provincial council.

Sub-Renaissance du Rhone Thomas Rudikos Reacting to the actions of the signs: “Once again small groups of the far right are engaging in acts of violence reminiscent of the worst times of the French far right. Our response must be unequivocal, arresting these neo-fascists, severely condemning them and disbanding their movements.”.