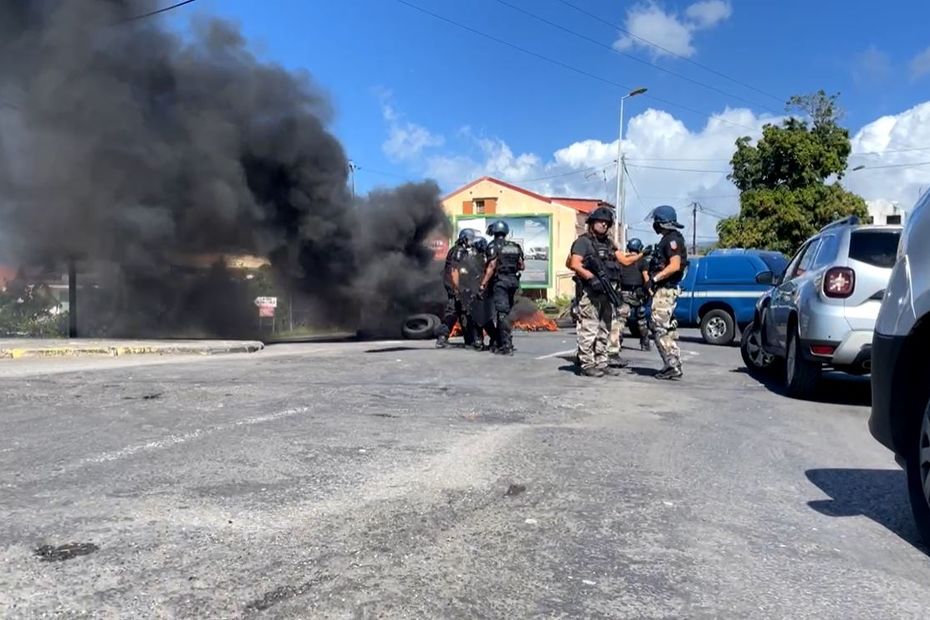 Traffic was restored on the axis of the road crossing the Riviere des Perez district in Busse-Terre, in the face of long-standing tensions and police and protesters.

At noon on Monday, genders put an end to the muscle activity that had begun during the day by several protesters. The day began with elements of traffic jams at several points along the road on both sides of Chef-Liu’s center.
The center of the city of Basse-Terre was later completely covered by these dams.
Initially, it was the men of the National Police who intervened in the Riviere des Perez to restore traffic. They then wiped out the hail of stones from the protesters and chose to withdraw first.

Protesters went so far as to set fire to the sidewalk, forcing firefighters to intervene. A motorcyclist who lost control of his engine due to components placed on the road by protesters should be held accountable by emergency services. The man was taken to Basse-Terre Hospital in critical condition.
At the end of the morning, the men of Gendermary are in charge. They come to strengthen the first, forcibly stop the road block and put an end to the road occupation.