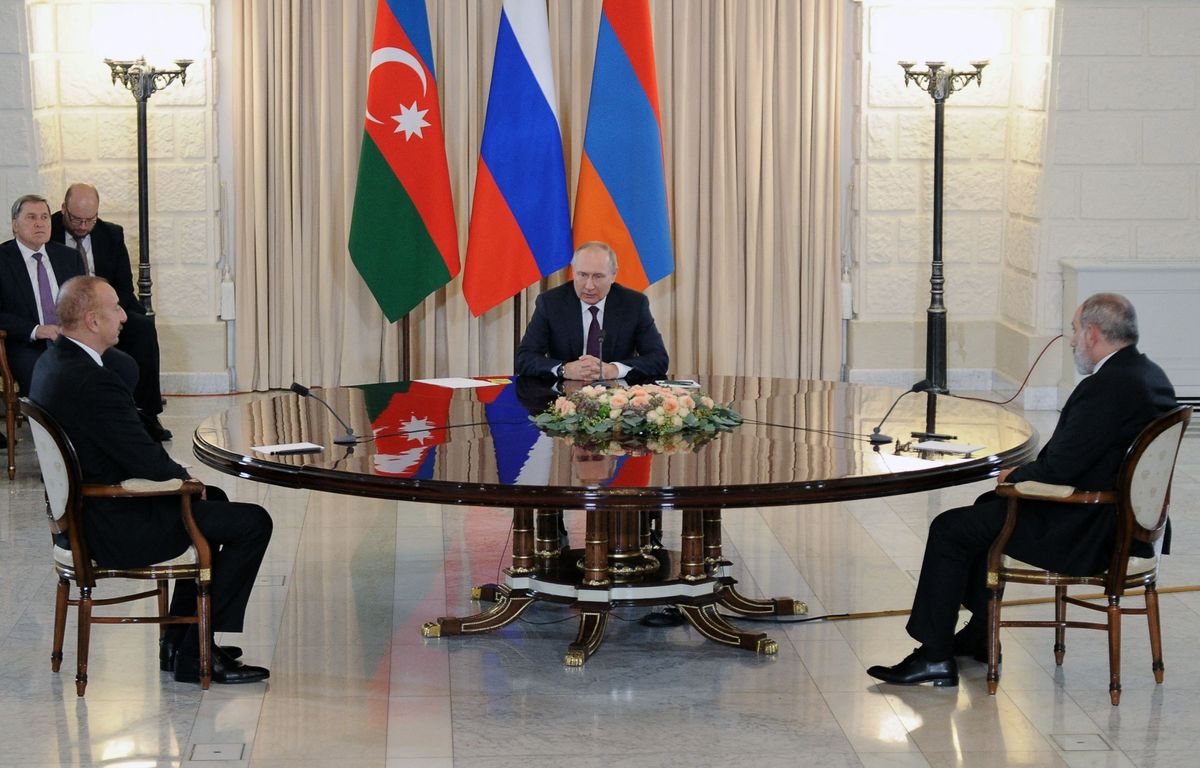 Armenia and Azerbaijan vowed on Monday not to “use force” to find a solution to the conflict surrounding the Nagorno-Karabakh enclave, following a summit with Vladimir Putin aimed at reasserting Moscow’s influence. The Caucasus.

The summit is organized in Sochi South West In Russia, a month after border clashes killed 286 people. This is the largest number since the 2020 war for control of Nagorny-Karabakh, a region disputed between these two former Soviet republics since the 1990s.

In a joint declaration adopted at the end of the summit, Baku and Yerevan pledged “not to use force” and to “resolve all disputes solely on the basis of mutual sovereignty and regional integration.”

They also underlined the importance of “serious preparations to conclude a peace treaty between Azerbaijan and Armenia to ensure lasting and long-term peace in the region.”

“In our general opinion, this was a very fruitful meeting that created a very good atmosphere for possible future agreements,” Russian President Vladimir Putin said after a summit with his Azerbaijani counterpart Ilham Aliyev and Armenian Prime Minister Nikol Pashinyan.

“For its part, Russia will do everything to find a final and comprehensive solution to the Nagorny-Karabakh conflict,” he assured: “It is in everyone’s interest to normalize relations.”

Constrained for eight months by its offensive against Ukraine, which has embarrassed Moscow’s traditional partners, Putin wants the summit to see Russia reclaim its traditional role as arbiter in a volatile region where the West is making its own mediation efforts.

The Russian president met one-on-one for the first time Prime Minister Armenian Nikol Pashinyan stressed that his priorities were the Azerbaijani withdrawal from the Nagorno-Karabakh region, the deployment of Russian peacekeepers, and the release of prisoners of war. The Russian president then welcomed his Azerbaijani counterpart Ilham Aliyev, thanking him for giving “speed to the normalization process”.

The 2020 Autumn War between Armenia and Azerbaijan left more than 6,500 dead on both sides and ended in a peace deal with an Armenian military defeat and funding. Moscow. However, sporadic clashes continued to erupt despite Russian soldiers stationed in Nagorny-Karabakh or the recognized border between the two countries. September.

The Russian-backed talks come at a time when Western capitals have taken a more active role in mediating the conflict between Armenia and Azerbaijan. President of Council of Europe Charles Michael and the President French Emmanuel Macron Arranged negotiations between Pashinyan and Aliyev Brussels In the month of August.

The EU and Russia, which take a dim view of these initiatives in a region it considers its backyard, have exchanged sharp criticisms of their respective mediation efforts. Macron had accused Russia of seeking to “destabilize” the peace process, with Vladimir Putin condemning the comments as “unacceptable”.

“Our European partners conduct their policy in such a way as to exclude Russia from all forms of negotiations,” Putin accused at a press conference in Sochi on Monday, while ruling that it was “impossible”.

Ahead of the talks, Pashinyan announced on Saturday that he was ready to extend the presence of 2,000 Russian peacekeepers for up to 20 years. The current contract, signed in 2020, provides for their deployment for five years with a possible automatic extension.

The Azerbaijani president, on the strength of his military victory in 2020, has vowed to repopulate Karabakh with Azerbaijanis, while the predominantly Armenian region escaped Baku’s control after the first war in the 1990s that killed nearly 30,000 people. , at the time of the collapse of the Soviet Union. Baku’s ally Turkey has also made mediation efforts, and its President Recep Tayyip Erdogan recently met with Aliyev and Pashinyan in Prague.